The Community Wealth Building Summit 2021 will be opened by our Chief Executive, Sarah Longlands. She will reflect on the past 12 months in the community wealth building movement and how the approach is now placed to help us tackle the wicked economic problems we face in the wake of Covid-19 and the ongoing climate crisis.

Our keynote speaker, Tom Arthur MSP will reflect on his role as the Scottish Minister for Public Finance, Planning and Community Wealth. He will expand upon both why and how the Scottish government are using community wealth building to tackle the country’s most pervasive problems and how this relates to the notion of a wellbeing economy in the country. His speech will touch on how community wealth building is playing out on the ground in Scotland and what the rest of the UK can learn from the successes and challenges encountered so far. 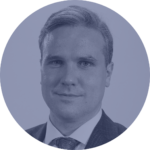 Tom Arthur MSP is the Minister for Public Finance, Planning and Community Wealth in the Scottish Government. Tom is the first Minister to the hold the title with “Community Wealth” included, as the Scottish Government continue to implement community wealth building. Tom was elected to the Scottish Parliament in May 2016 as the first ever SNP MSP for Renfrewshire South. He has served a Deputy Whip and was previously as Parliamentary Liaison Officer to the Cabinet Secretary for Culture, Tourism and External Affairs; the Cabinet Secretary for Health and Sport and the Cabinet Secretary for Justice. Tom was the first MSP to be accredited as a Carer Positive Employer and led a debate in parliament to promote the initiative. He has also led debates on the impact of Brexit on the music sector and on tackling Hepatitis C. Tom is also involved in Cross Party Groups on Social Enterprises, Basic Income, Culture and Consumer Protection. 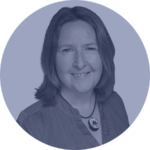