Small businesses are being locked out of local economic decision-making 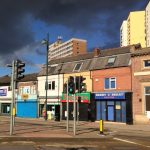 Local enterprise partnerships are dominated by large businesses to the detriment of growth in our communities. Small businesses account for 47% of the UK’s private sector employment and around a third of turnover, but they are being left out of the loop when it comes to shaping and nurturing local economic growth.