Broadening out an economy: making it work for all

The recent report from the Industrial Strategy Commission, ‘Laying the Foundations’ [1], outlined the key foundations for a successful long-term industrial strategy, one which can shape our future economy, and the recent Taylor review of modern working practices [2] is potentially laying the foundations for how we might work in our future economy. But will they make it work for all?

In January, we argued what a modern industrial strategy should look like, suggesting again, in May, that an industrial strategy that works for all places, should present a devolved approach to building a more foundational, collaborative and co-operative economy, developing industrious places and people, not just our traditional industrial sectors. So, it is pleasing to see the Commission advocate more of a place based and a whole economy approach. One delivered locally, where social policy is not separate but intrinsic to any industrial strategy. The Commission agrees that trade-offs between short term efficiency and long-term equity should be considered more seriously, arguing we need to invest in infrastructure to create the conditions for growth in all places. The report challenges the current methods of appraising the benefits of public investments, suggesting they disproportionately benefit parts of the UK where the economy is already strong, so we clearly need to adopt a new lens if we are to deliver an economy for all.

In our call for a more collaborative and co-operative economy – one that is more sensitive to local social concerns and unmet social needs – we argue that we need to steer technological change in ways that meet societal goals. New practices and business models enabled by technology will be crucial and the Taylor review of modern working practices (while clearly trying to ameliorate the worst of the impacts of the emerging gig economy and the present technology platforms) feels rather limited in ambition. It does not deal with the central issue, namely that automation will mean fewer jobs, decreasing proportions of wealth delivered through employment and an increase in the proportion of wealth generated through capital.

Taylor’s real finding is that ‘good work’ will only come from responsible corporate governance, good management and strong employment relations, however is largely absent on the role of unions in maintaining decency within the labour market, providing workplace protections and forging a socially inclusive economy. However, we would argue more importantly for a need for policies which begin to re-organise the economy, so that financial return on investment is not narrowly held by a few, but broadened, deepened and democratised.

In this Taylor is too favourable to business, citing a high ‘employment wedge’ (which has actually been falling, is below the EU average and significantly lower than that found in all of Europe’s major economies – see figure below) and doing little to challenge the status quo. The economy is failing a great many in our society, and current business models are unlikely to change this in any meaningful way. We need responses which are commensurate with the scale of the challenge and gives due weight to all the stakeholders.

Making it work for all?

So, while calls for an industrial strategy that works for all places are getting louder [3], we need to urgently promote business models which circulate and broaden wealth rather than extract or narrow it. Our modern industrial strategy needs to contribute to an economy that nurtures local economic models, and new ways of working that can create an economy that works for all. Collaborative and cooperative ownership models have the ability to increase productivity levels (helping to solve the ‘productivity puzzle’), make firms more democratic and build wealth in local communities. They take a longer-term view of investment and the more collective and inclusive forms of corporate governance discourages the use of low wage labour at the expense of productivity gains. If we really can consider social policy as an integral part of industrial strategy, then we must do the same for forms of ownership too. 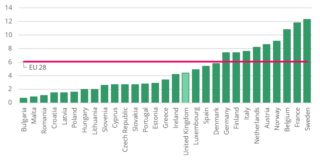 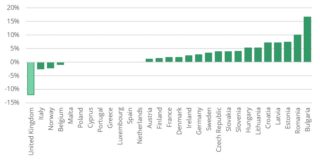 [3] The Commission’s final report will be published in October 2017.