Remember social power: the CLES view on the IPPR Commission on Economic Justice

by Jonty Leibowitz and Neil McInroy 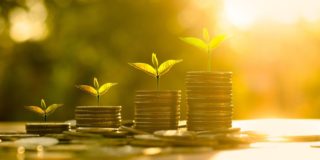 The IPPR Commission on Economic Justice is a welcome denouncement of the failures of neoliberal economics, with many excellent policy ideas. But in order to build a truly transformative alternative, we must also translate this national policy frame into action. This includes a greater emphasis on powering Local Government and the restoration of our social institutions, as key agents in fundamentally democratising our economy and society, writes Jonty Leibowitz and Neil McInroy.

The publication of IPPR’s final report from their three-year Commission on Economic Justice is a moment to be celebrated for those who believe that things can and must change. For the first time in a generation, serious thought is going into the question of what alternatives we might build out of the rubble of neoliberal, extractive capitalism. In an age of rampant inequality, economic stagnation, and climate catastrophe, IPPR are right to suggest that piecemeal reform will be insufficient to tackle these issues, and that only a fundamental ‘paradigm shift’ in political thinking on the scale of 1945 and 1979 will suffice.[1]

IPPR’s diagnosis of the state of Britain’s failed political economy is sharp. Over three-hundred pages, the report accurately demonstrates how for the last thirty years modern capitalism has produced failure and misery.[2] Extensive financialisation, chronic underinvestment, and dogmatic austerity have all seen wealth concentrated in the hands of a tiny elite; aided and abetted by an international economy in which globalised capital slips beyond national control into offshore accounts and tax havens.

CLES stands in agreement with IPPR that the solution to our current crisis must be to fundamentally transform the structure of our economic and political lives, rather than simply tinkering around the edges of the liberal market economy.  The Commission’s report should be lauded for adequately grasping the size of the task at hand and the role of the nation state in that. But while the diagnosis of the problem is strong, there is still some work to be done on the prognosis of constructing the means and agency to deliver an alternate system.

From a national frame there are clearly sections of the report’s 10-Point Plan in which the policy suggest are indeed bold and radical. This is especially the case in the chapters on the need for a new industrial strategy[3], ambitious targets for restoring trade union power[4], and raising public investment through a new macroeconomic framework.[5]  Together, these policies will help deconstruct the stranglehold of financialised capital over our economic lives.

Yet whilst much is framed by what a national government and legislation should do, there is less on how we rebuild economic democracy, and the role of social institutions and local democracy in achieving that.  Over decades the fabric of British society and social institutions- from community groups to family to local government- have been eviscerated by a market liberal combination of austerity and disenfranchisement.  Moving forward, Local Government and social institutions have a key role in economic democracy and ensuring a sustainable and permanent transfer of wealth and power to those who have been left behind by the neoliberal nightmare.

Commissions assembled by think tanks offer a good place to start, but our agenda can only be advanced when we get out into communities and with Local Government begin experimenting with radical transfers of power

In CLES’ work, we have found that in order to grapple with the realities of exploitative capitalism, communities and Local Government must launch a sustained assault on prevailing models and begin to reorganise social institutions and fabric of everyday life. Key to this is to restructure our economy around new forms of ownership and collaboration. This agenda has been advanced through the Labour Party’s landmark Alternative Models of Ownership Paper[6], which demonstrated how assertive local government, embraced by a new municipalism, cooperatives, mutuals, and new forms of ownership must be indispensable tools in the battle against elite wealth.[7] These agencies are the key building blocks to securing economic justice: without the restoration of a progressive local economic and social ecosystem any national policy prescriptions run the risk of falling short. Put simply, we are insufficiently equipped to build a sustainable alternative to neoliberalism unless we consider how we construct a new social contract- where citizens, Local Government, social institutions and plethora of agencies play an active role in the economy and the ownership of wealth.

Let us take for example the rhetoric around the concept of Inclusive Growth. IPPR’s report highlights the need for an Inclusive Growth Fund as a salve to the UK’s chronic economic inequality.[8] However evidence suggests that the concept of inclusive growth is at best conceptually vague, and at worst a mere extension of the liberal market paradigm. Spreading the proceeds of uneven growth does little for areas with low growth, as it suggests a reactive process taking place after the fact of economic growth. Instead, CLES advocates the concept of the Inclusive Economy, in which social justice is achieved only when the economy is intrinsically married to local social institutions, social goals, social justice, environmental sustainability and prosperity for all.  This is not top down inclusion or after the fact of growth. This is inclusion and economic justice built intrinsically within the way in which an economy functions.[9] Our gentle critique of the Commission would be that by advocating for Inclusive Growth, the report fails to deeply engage with the question of who owns, produces and has a stake in wealth building, as opposed to just how it is redistributed.

Ultimately, our ability to transcend neoliberalism and build social justice will depend on the spirit with which we approach questions of agency, economy, and democracy. Prevailing models of statecraft will be insufficient for this task because for decades, statecraft has been used to destroy social institutions and let the market reign free. We can see this most clearly with the failure of the current devolution agenda which the Commission fails to challenge firmly. We believe that creating a ‘New Economic Constitution’ with four ‘economic executives’ (regional economic authorities) would not go far enough to address the chronic over-centralisation of the British state. Instead, we must create a ‘double devolution’ where power to city regions and local government does not just stop there, but is constitutionally secure, and any power then passes down to citizens.[10]  Rather than transferring power from one area of the state to another or to quangoes, we must break power up and hand it over to grassroots communities and movements.

CLES offers these critiques in a spirit of friendly solidarity with IPPR. We are all pulling in the same direction: we are all in the foothills of building a new economy based on social justice. Yet decades of straddling the divide between thinking and doing have taught us that the prognosis for this new future must be one in which the restoration of power to local social institutions and local government must sit alongside national policy.  Economic democracy is central, rather than peripheral, to this vision. Neoliberal market economics will only be displaced when we reimagine the economy as something owned for and by ordinary people, which we have the power to mould and shape. Lengthy Commissions assembled by think tanks offer a good place to start, but our agenda can only be advanced when we get out into communities and with Local Government begin experimenting with radical transfers of power. It is worth remembering that the IPPR’s 1992 Commission on Social Justice was lauded at the time, but the ideas it carried failed to leave a lasting impression beyond the first New Labour government.

The time has come for action, experimentation, and boundless energy. As progressives continue to advocate new solutions, we must not forget the role of democratising wealth and power. Only then can we imagine a better, more sustainable, alternative.