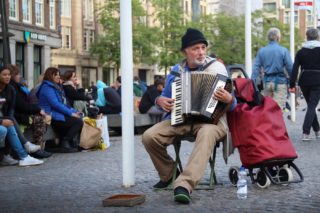 One response to this social injustice is that it ought to be corrected via the taxation system,[4] with the highest earners made to pay more income tax and ideally a more substantive tax on wealth.[5] CLES supports this but would add and emphasise the imperative to generate wealth for all via a community wealth building approach.

Faced with a society where 1.5 million people have recently experienced destitution, including 365,000 children,[6] the moral imperative for greater redistribution of wealth is cast into sharp relief. Nevertheless, the oft-cited concern is that higher tax rates reduce the incentive to work, leading to a decline in productivity. Consequently, the rich will take their power and wealth elsewhere,[7] the economic pie will shrink, eventually reducing the amount of money available for redistribution to the needy.

We are not beholden to the rich, the community wealth building approach is a tested alternative

This, however, rests on the misconception that we are somehow beholden to the rich and their wealth. Whilst we should of course have a taxation system that seeks to redress the effects of extreme inequality – illustrated above by the Rich List/food bank spectacle – this is not the only pathway to a fairer, more equal and better society.

CLES’s community wealth building approach has developed an alternative strategy, one which focuses on democratising and redistributing not just the proceeds of wealth, but the production of wealth in and of itself.

Community wealth building does this by inviting a paradigm shift in how we structure economic development in our localities. Rather than dealing with growth and wealth ‘after the fact’, it seeks to restructure the composition of the economy itself so that local economic and social gains are not an afterthought, but rather built in as an intentional function of the economy. As such, it is a process that ensures not only a more reliable set of outcomes – including jobs and meaningful work, equity and inclusion – but also develops alternative models of economic ownership such as cooperatives and mutuals.

To spearhead this charge, CLES is working with dozens of progressive local councils up and down the country, working in the real everyday economy to harness the power of community wealth. Whether it be reversing post-industrial decline in Preston, or defeating the gentrification juggernaut in Islington, community wealth building has become a way for communities to fight back and reclaim their local area from the extractive power of organised capital.

So let’s not pretend that it is some great tragedy when we hear that some of Britain’s wealthiest may be preparing to abandon the UK and move their operations elsewhere. Let’s worry instead about small business owners and nurses leaving. Let’s focus our attention on building inclusive economies that generate local wealth that is for the benefit of all.