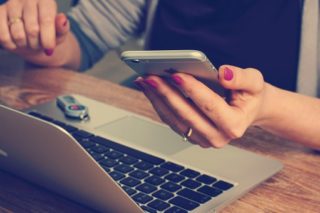 In the Budget, wealthy businesses in thriving parts of the country were granted a smoother transition to their new higher business rates bill. This easing-in period for successful businesses will be subsidised by a “fair” increase in National Insurance Contributions by 1% to 10% for the self-employed – raising £145m a year by 2021/22.

I have a few issues with this;

A paper released last year by the Department for Business Innovation and Skills concerning the income of the self-employed found that the “numbers of self-employed people have risen more quickly amongst groups that tend to work fewer hours and consequently earn less – older age groups, women and part-time workers.”[1]

So, despite the self-employed being made up of swathes of people that are probably just managing, the Chancellor declared that “Employed and self-employed alike use our public services in the same way, but they are not paying for them in the same way…that is not fair”. In this statement alone the Chancellor makes clear that his perception of what is fair is misguided.

Hammond went on to illustrate the disparities in the current tax system using earnings alone as the basis from which to determine fairness. In his example an employed person earning £30k a year pays more than double the amount of tax a self-employed person earning the same amount is currently required to pay.

The businesses now complaining about big rises in their bills are those that have benefitted from up to 7 years of relative undervaluation because of being in a part of the country that was insulated from the 2008 crash. Their comparatively low business rates bills were enjoyed while businesses in other parts of the country faltered.

It is these businesses that have been treated unfairly under the current system, not those experiencing a rise now. These businesses have overpaid for years and are being made to wait even longer to receive their overdue bill reduction. The Chancellor said his Government ‘listens to the voice of business’, sadly, this appears only to relate to those already at a significant advantage.

To the Chancellor’s credit, he acknowledged the need to review the way the current system deals with businesses that can operate online and compete with those tied into bricks and mortar. But he stopped short of admitting the system needs a complete overhaul. The ruckus kicked up by businesses seeing a hike in their bills has detracted from the real issue with business rates; the way businesses are assessed and charged has never really been fair.

Think about it; under the current system businesses are charged based roughly on the market value and size of the premises they occupy at a particular point in time. As evidenced by the financial crash of 2008, this approach left businesses struggling to survive and at the mercy of the Valuation Office Agency (VOA) and the next revaluation. This approach made owning and operating a business with premises in areas experiencing significant decline deeply challenging and in some instances unviable.

It would be fairer to take turnover and profits into account when calculating rates bills instead of a snapshot of the premises rateable value. Revaluations are a costly exercise, often ill-executed by the VOA and nowhere near frequent enough to maintain fairness. There must be a better way.

Geography becomes very important when the responsibility for generating business rates is devolved – the City of London is home to some of the highest rate payers in the country and conversely the highest concentrations of multi-generational deprivation exist in the suburbs of post-industrial Northern cities. There has been no indication in this budget of how the needs based redistribution formula will be replaced in the devolved business rates environment.

The Chancellor is still yet to tell us how the devolution of Business rates is actually going to work, bear in mind here that the trials for 100% rates retention are due to start in April this year.

The self-employed and those businesses that are long overdue a reduction in their rates bill will in effect be paying for businesses in flourishing areas to have a slower transition to their newly increased bills. This does not constitute fairness. No doubt, some smaller businesses in successful areas will really struggle to pay their new bills under the current system, but this does not mean that those that have overpaid for years and the self-employed should have to foot the bill for their transition period. The system is broken and in need of a complete re-design to make it work for local authorities, businesses and individuals alike.

But sadly, it appears that at least for now, we’re all stuck in this upside-down adaptation of Robin Hood.

[2] Based on current living wage of £8.45 per hour X 37.5 hour week X 52 weeks – as illustrated by the Living Wage Foundation – http://www.livingwage.org.uk/what-living-wage-annual-salary