Webinar: Unleashing the power of anchor institutions through networks

This FREE webinar will explore in depth the potential for positive change delivered by anchor institution networks and the ins and outs of how to develop a network for your place.

In the light of the Covid-19 pandemic, the idea of a whole place approach to community wealth building has grown significantly and, in this, anchor institutions can be a powerful force for social, economic and environmental justice within a locality. Large public sector organisations and businesses which are rooted in places can affect the social determinants of health – that’s to say, the conditions in which people are born, live, and work – through their spending, employment practices and how they use their land, property and financial assets.

The positive impacts of virtuous practices by anchor networks individually can be multiplied when networks of anchor institutions work collectively to develop collaborative solutions to social and economic problems. This approach has been developed in Birmingham, where CLES have appointed an Anchor Network Co-ordinator, but is also in evidence in Sandwell, North Ayrshire, at national level in Scotland, in Wales through Public Service Boards, which are in essence de facto local anchor networks, and in Wigan and the Wirral’s Covid-19 recovery plans.

Who you will hear from 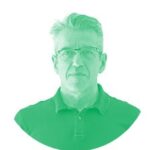 As Birmingham Anchor Network Co-ordinator, Conrad is supporting CLES’s work to develop anchor networks across the West Midlands and has been dubbed the UK’s first “community wealth builder in residence”. The Birmingham Anchor Network supports participating organisations to maximise the benefit they bring to the Birmingham economy both individually and collectively. CLES has worked closely with seven anchors to explore and identify opportunities to use their combined budgets of over £5bn and workforce of over 50,000 to generate better outcomes for Birmingham’s residents. By collaborating on work in key areas of procurement, employment and management of land and assets, these anchors have the potential to play a powerful role in shaping the city economy. As well as his role at the Network, Conrad supports two neighbourhoods that have received Big Local funding in Birmingham and Solihull. 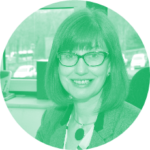 Alison has worked in local government for over 17 years and previously worked in Further Education and the Private Sector. The Neighbourhoods Directorate leads on the council’s regeneration, strategy and development and is also responsible for the Community Wealth and Economic Resilience Board which has been set up with local partners to help assist with Economic Recovery following the pandemic. The Board will oversee the development of the Sandwell Anchor Network and has recently signed off the wider principles of a Community Wealth Action Plan which focuses on future investment and development being focused on local jobs and wealth creation. 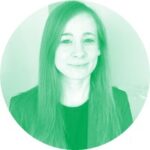 Julie leads North Ayrshire Council’s approach to inclusive economic policy. She was part of the team responsible for the award-winning North Ayrshire Inclusive Growth Diagnostic undertaken in partnership with the Scottish Government’s Office of Chief Economic Advisor. In addition to this, Julie is playing a pivotal role in developing Scotland’s first approach to community wealth building. 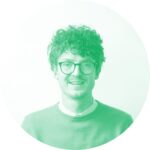