B73: £6.2 billion spending cuts: Implications for Economic Development and Regeneration 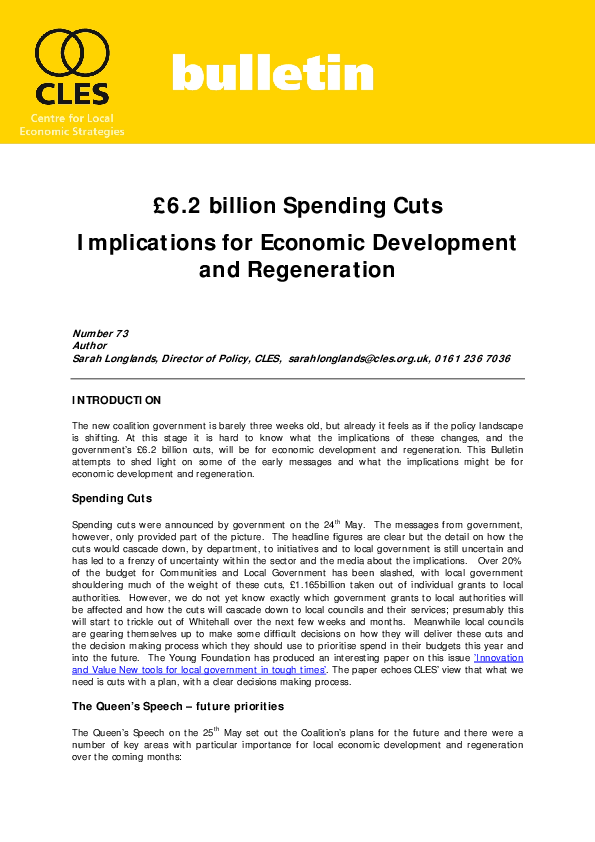 This Bulletin attempts to shed light on some of the early messages coming from the new Coalition and the implications for economic development and regeneration.

Barely three weeks into the new government and we’ve had the announcement of £6.2 billion in spending cuts and an indication of  future priorities in the Queen’s Speech. At this stage it is hard to say with certainty what these announcements imply for the economic development/regeneration sector. This Bulletin looks at these early messages from the new goverment and outlines some of the areas which could feel the impact.