After Austerity: an economic plan for the North West 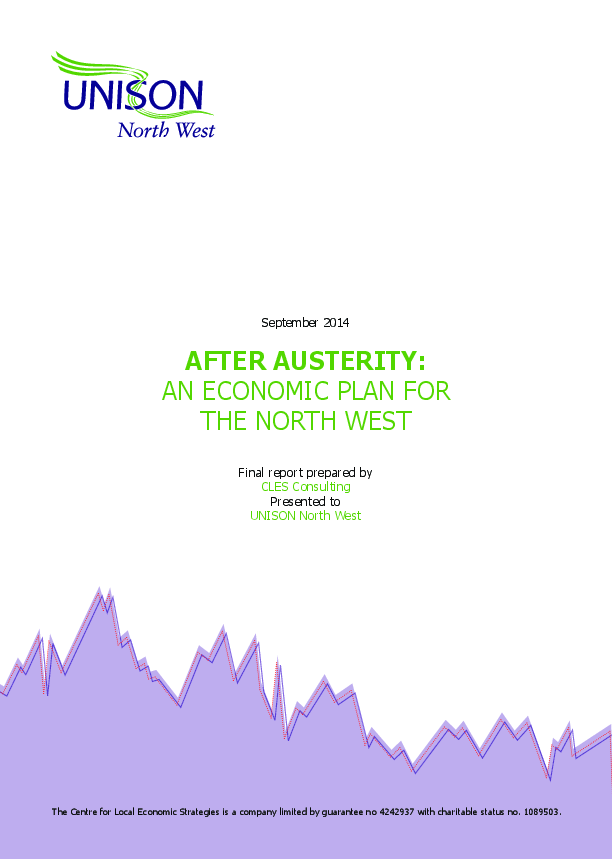 The economic landscape of the UK and North West is changing.  Since the election of the Coalition Government in May 2010 a number of strategic decisions have been made which have affected the vitality of public sector institutions and public services more generally.  Cuts in public expenditure have led to reductions in services.

Furthermore, as CLES’ work with UNISON in 2013, showed, the UK is damaging its future, through austerity, which is undermining some of the key elements which make it strong and resilient.  Therefore we require a rethink as to how we create an economy which provides for all. In this, UNISON NW believe that public services are a vital basis to general economic health, creating a context from which business can grow, labour markets can develop and general prosperity can be advanced.

Therefore this report, developed by CLES, consists of some key messages that need to be developed and communicated to public sector partners and central Government, predicated around making a stronger economy and society which values public services as an input to, and an output of, prosperity.

The summary report can be viewed here.