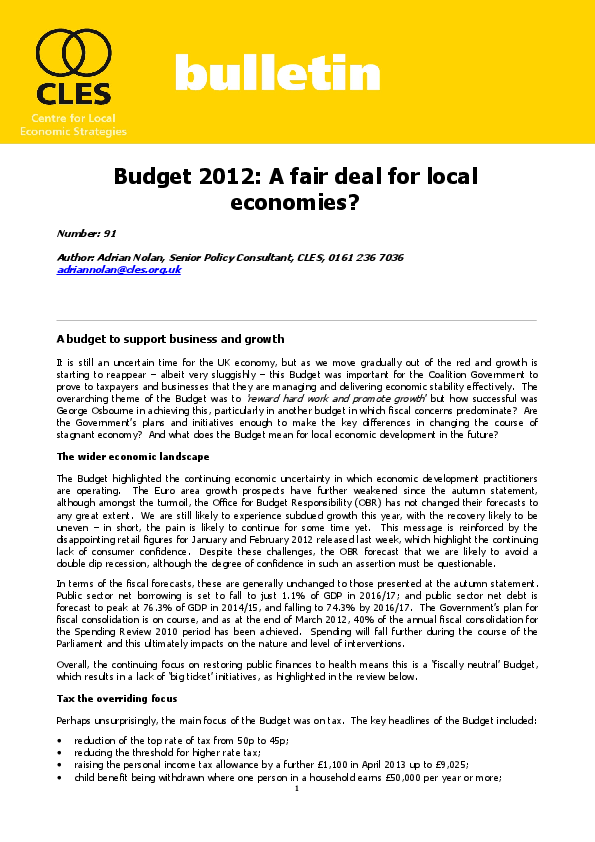 It is still an uncertain time for the UK economy, but as we move gradually out of the red and growth is starting to reappear – albeit very sluggishly – this Budget was important for the Coalition Government to prove to taxpayers and businesses that they are managing and delivering economic stability effectively.  The overarching theme of the Budget was to ‘reward hard work and promote growth’ but how successful was George Osbourne in achieving this, particularly in another budget in which fiscal concerns predominate?  Are the Government’s plans and initiatives enough to make the key differences in changing the course of stagnant economy?  And what does the Budget mean for local economic development in the future?