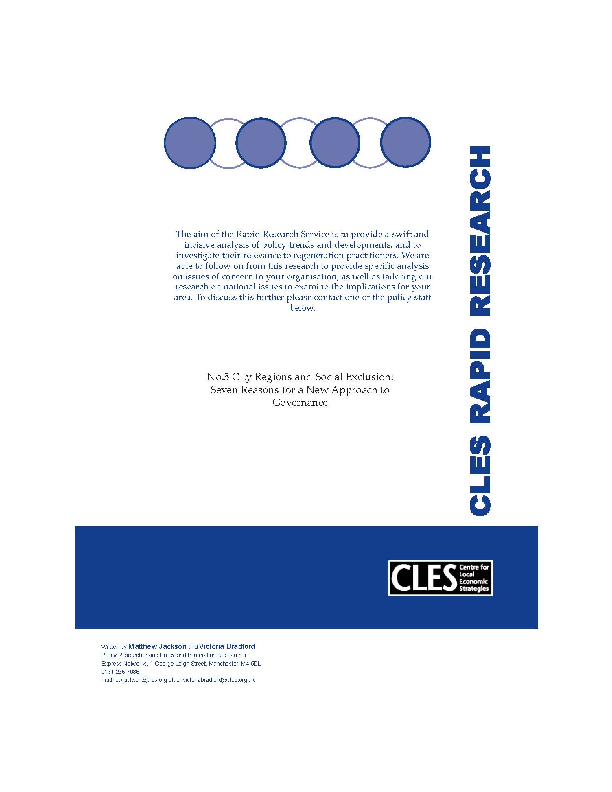 This Rapid Research focuses on the increasingly pertinent topic of city regions. In recent months, a number of strategic and research documents have been produced by amongst others the ODPM , the Local Government Association and the Institute for Public Policy Research on the perceived benefits of a city regional model of governance.

Coupled with the enthusiasm placed on the agenda by the former Minister for Local Government and Communities, David Miliband, city regions are expected to form a key strand of the Local Government White Paper expected later in the year. This CLES research paper is inspired by recent interest in city regions and the continued government focus on social exclusion. For us at CLES, whilst the ongoing debate and consideration of city regions is a fascinating policy development, we are prompted in this work, to think through how elements of social exclusion could be addressed more adroitly by city regions.