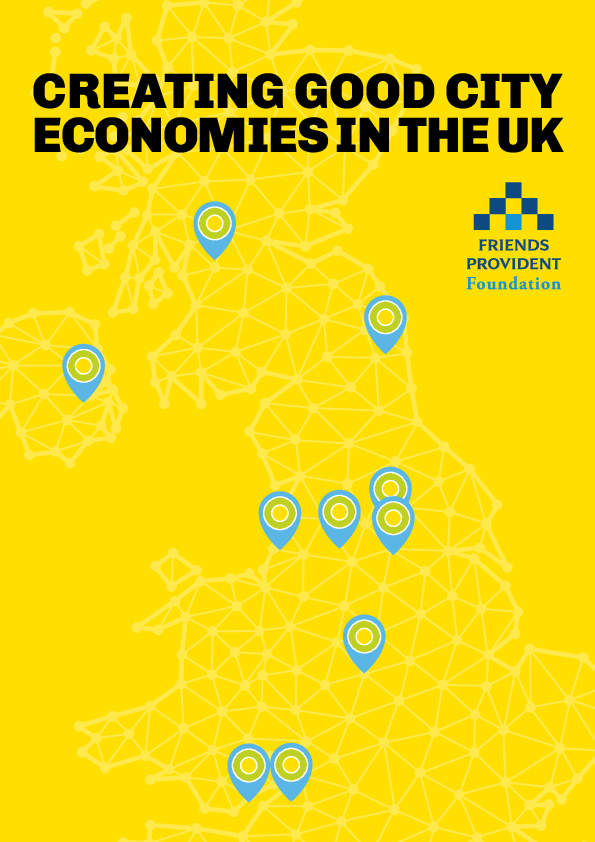 In 2015 the Friends Provident Foundation awarded funding to the Centre for Local Economic Strategies – which owned New Start magazine – and the New Economics Foundation to map and activate alternative local economic approaches in ten UK cities. Between May 2015 and June 2016, the two organisations held an event in each city bringing together local stakeholders to discuss the challenges of their city’s economy and how greater local economic resilience could be developed. From each city an edition of New Start was produced, setting out the challenges and highlighting the people and projects trying to do things differently. This report sums up our findings and proposes ten steps to build good city economies in the UK.

The individual city editions can be viewed on the New Start website.

The Good City Economies website can be viewed here.