Due North: Report of the Inquiry on Health Equity for the North 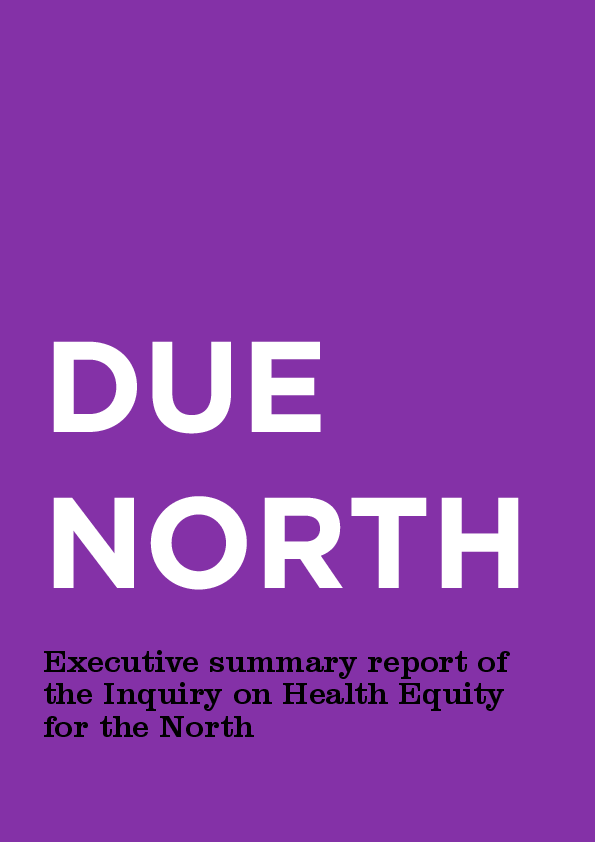 There has been a North-South health divide in England for a long time now, with the gap continuing to widen over the past four decades. The causes of health inequality are broadly similar across the country and on average, poor health increases with increasing socio-economic disadvantage. But the severity of these causes is greater in the North. Further, austerity measures are making the situation even worse, impacting more heavily on the North and disadvantaged areas. It is against this background that the independent Inquiry on Health Equity for the North was set up.

The Inquiry was commissioned by Public Health England (PHE) and led by an independent Review Panel of leading academics, policy makers and practitioners – including CLES chief executive Neil McInroy. The Panel consisted of representatives from local government, economic development, public health, and the voluntary and community sector, highlighting an appreciation that reducing health inequalities involves influencing a mix of social, health, economic and place based factors. The Inquiry is part of ‘Health Equity North’ – a programme of research, debate and collaboration, set up by PHE, to explore and address health inequalities.

Based upon a deep evidence base, Due North brings a Northern perspective to a wider debate on a national problem.