English devolution and regional development – Your region, your choice 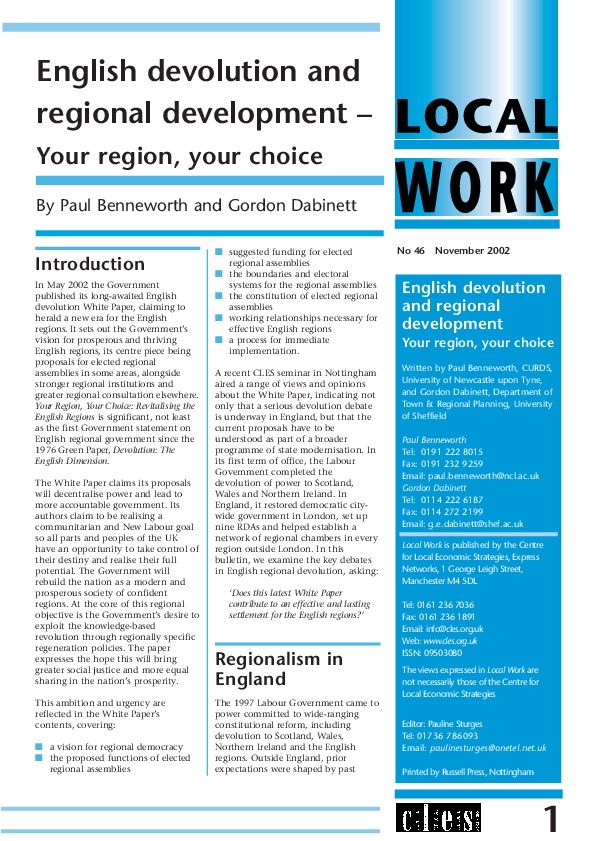 In May 2002 the Government published its long-awaited English devolution White Paper, claiming to herald a new era for the English regions. It sets out the Government’s vision for prosperous and thriving English regions, its centre piece being proposals for elected regional assemblies in some areas, alongside stronger regional institutions and greater regional consultation elsewhere. Your Region, Your Choice: Revitalising the English Regions is significant, not least as the first Government statement on English regional government since the 1976 Green Paper, Devolution: The English Dimension.