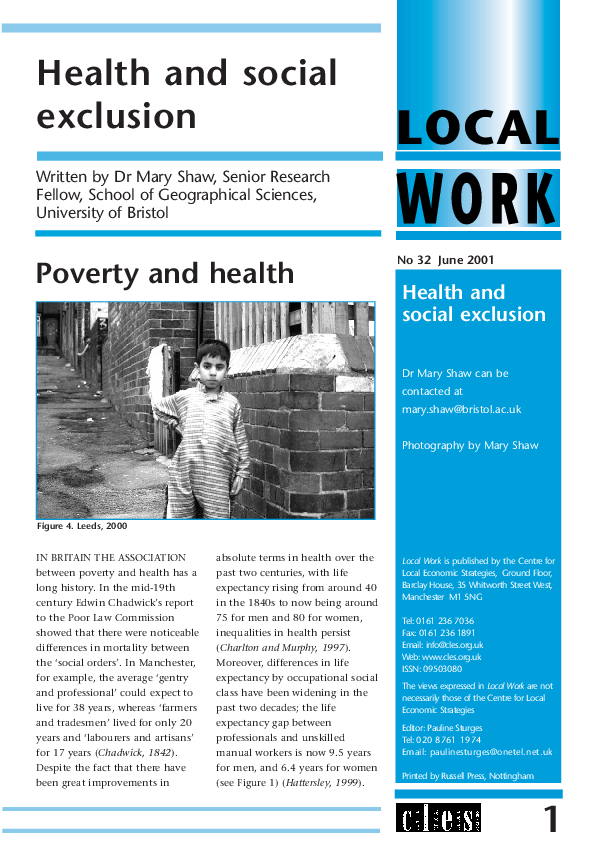 In Britain the association between poverty and health has a long history. In the mid-19th century Edwin Chadwick’s report to the Poor Law Commission showed that there were noticeable differences in mortality between the ‘social orders’. Despite the fact that there have been great improvements in absolute terms in health over the past two centuries, with life expectancy rising from around 40 in the 1840s to now being around 75 for men and 80 for women, inequalities in health persist.