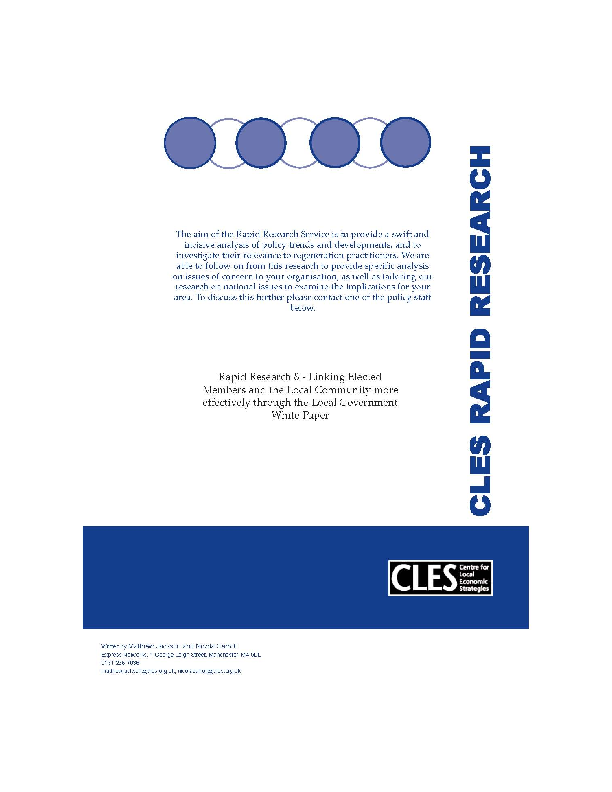 After months of anticipation, speculation and departmental changes, the Local Government White Paper was finally released at the end of October. With speculation indicating that the paper could focus on devolved powers for city regions, concepts of double devolution and stronger central–local relations, the final paper is not as radical and devolutionary as was potentially expected.

The Local Government White Paper does however have a number of significant proposals for changing the way in which local government operates in governance terms, in enhancing local partnerships, and in improving relationships between local people, local councillors and local and central state.