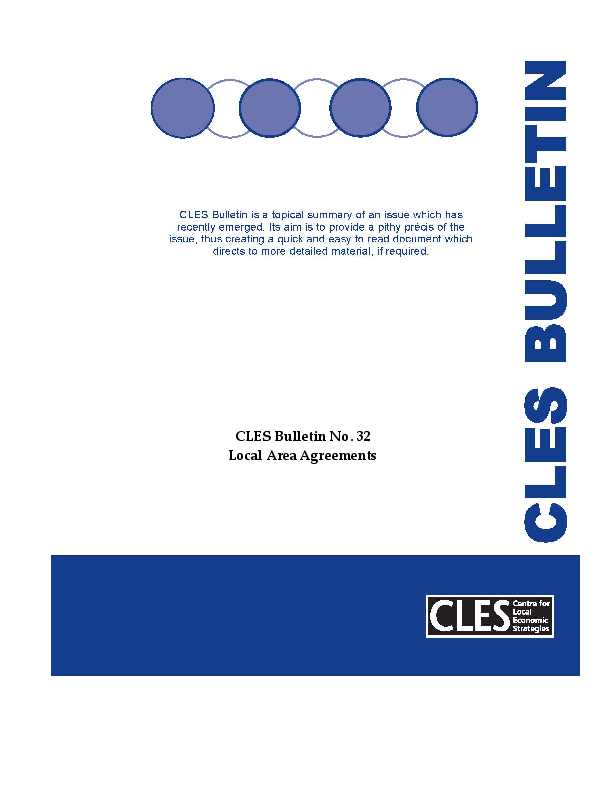 Local Area Agreements (LAAs) were introduced in a government prospectus in July 2004 with the primary aim of improving the relationship between central and local government and Local Strategic Partnerships. LAAs are expected to reach agreements that achieve local solutions by meeting local needs, whilst also contributing to national priorities and standards set by central government. Originally, the prospectus hoped to pilot nine LAAs, one for each of the English regions. However, as a result of unexpected demand by local and county authorities, 21 pilot LAAs were announced in October 2004 across the country. By March 2005 each of the chosen pilots released their visions, development and delivery prospects for their own individual LAA and these were then ‘signed off’ by the Local Government Minister, Nick Raynsford.