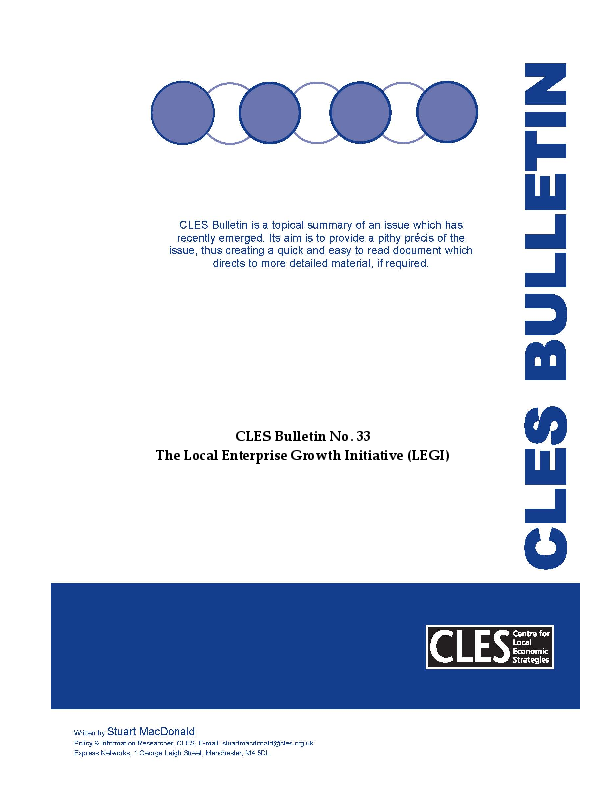 The Local Enterprise Growth Initiative (LEGI) was introduced in the 2005 Budget by the Chancellor Gordon Brown. Subsequently, a consultation document was released by HM Treasury after the Budget announcement in March. Local Authorities and other public, private and voluntary bodies have until 8th June 2005 to respond to a list of consultation questions, which appear at the end of the document. Once the consultation is complete, the issues raised are expected to be addressed and the LEGI launched during 2006-07 to fit with the broader timetable set out by the ODPM in wider Sustainable Communities documents. The core aim of the LEGI is to enhance enterprise and small to medium business start-ups in deprived areas. This is in accordance with wider central government targets of increasing the overall productivity and competitiveness of the United Kingdom’s economy.