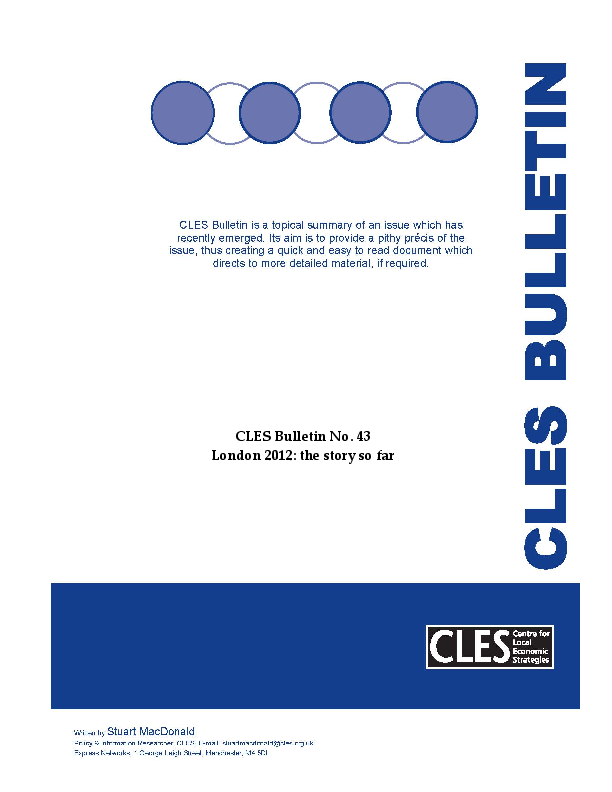 In July 2005 after a period of consultation, masterplanning and competition London was awarded the right to host the 2012 Olympic Games. As well as offering the opportunity to host a world class sporting event and receive the associated spin off benefits in terms of media profile and tourism, the Games also presents the opportunity for positive physical, economic, social and environmental regeneration and enhanced partnership activity. It is this area of regeneration and partnership activity that this bulletin will focus upon. The purpose of this bulletin is four-fold: