B44: New Powers for Local Authorities? A Summary of the Local Government White Paper 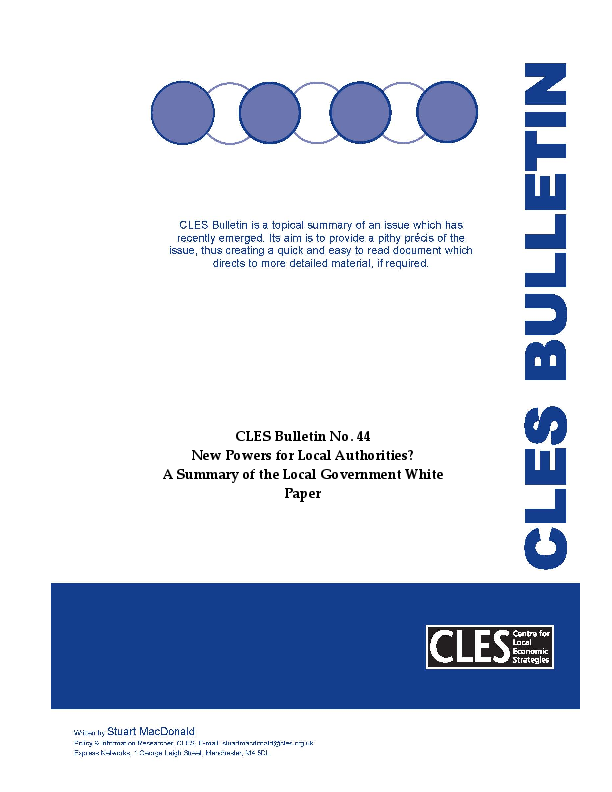 After months of anticipation and speculation the Local Government White Paper was finally released last week by the Department for Communities and Local Government (DCLG). The development of the paper has been fraught with Ministerial and Department alterations and questions over how much power Whitehall are really prepared to devolve. With speculation predicting changes in legislation to allow for large-scale local government reorganisation and strong powers for city regions amongst other things, the final paper is somewhat of an anti-climax. Rather than containing radical proposals and new legislative powers for local government and their partners the Local Government White Paper is more of a good practice handbook with many proposals for reform detailing many of the positive activities local authorities are doing anyway.