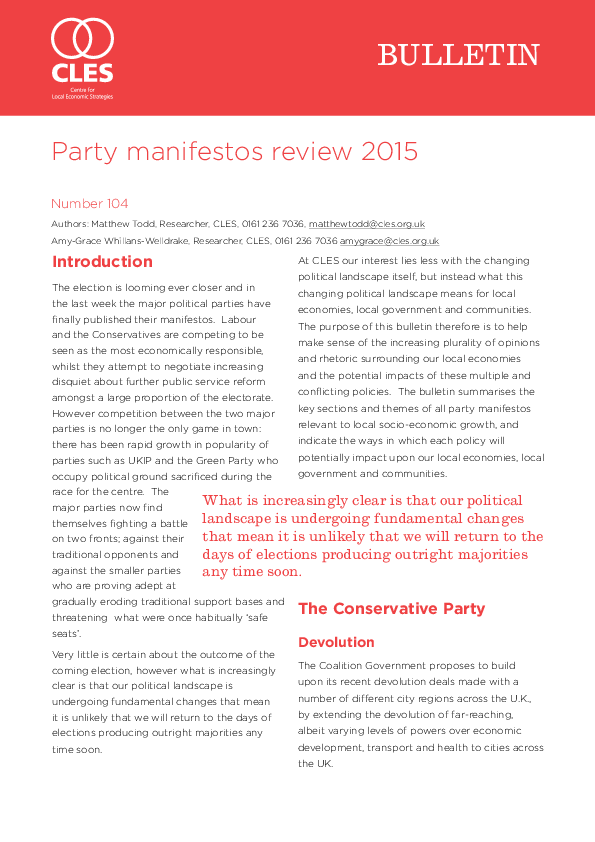 The election is looming ever closer and in the last week the major political parties have finally published their manifestos. Labour and the Conservatives are competing to be seen as the most economically responsible, whilst they attempt to negotiate increasing disquiet about further public service reform amongst a large proportion of the electorate. However competition between the two major parties is no longer the only game in town: there has been rapid growth in popularity of parties such as UKIP and the Green Party who occupy political ground sacrificed during the race for the centre. The major parties now find themselves fighting a battle on two fronts; against their traditional opponents and against the smaller parties who are proving adept at gradually eroding traditional support bases and threatening what were once habitually ‘safe seats’. Very little is certain about the outcome of the coming election, however what is increasingly clear is that our political landscape is undergoing fundamental changes that mean it is unlikely that we will return to the days of elections producing outright majorities any time soon.

The purpose of this bulletin therefore is to help make sense of the increasing plurality of opinions and rhetoric surrounding our local economies and the potential impacts of these multiple and conflicting policies. The bulletin summarises the key sections and themes of all party manifestos relevant to local socio-economic growth, and indicate the ways in which each policy will potentially impact upon our local economies, local government and communities.