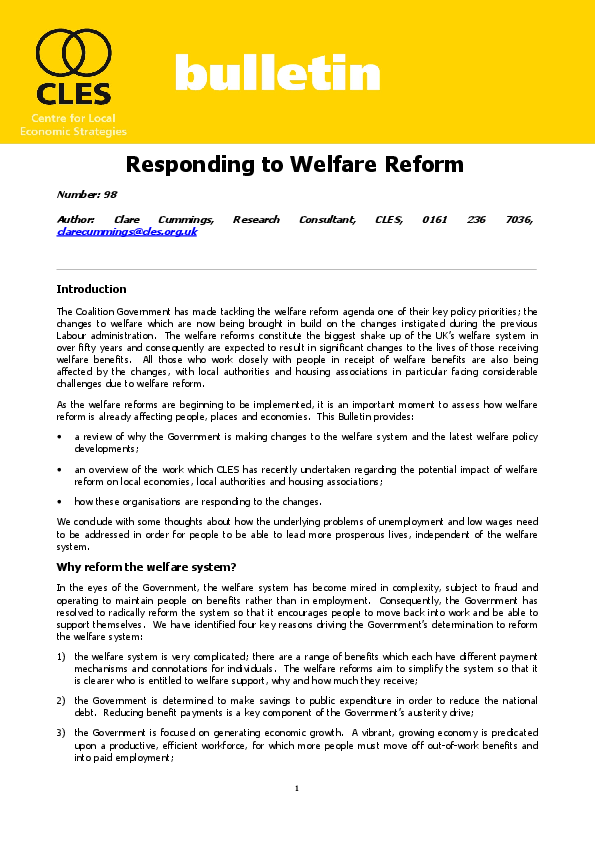 The Coalition Government has made tackling the welfare reform agenda one of their key policy priorities; the changes to welfare which are now being brought in build on the changes instigated during the previous Labour administration.  The welfare reforms constitute the biggest shake up of the UK’s welfare system in over fifty years and consequently are expected to result in significant changes to the lives of those receiving welfare benefits.  All those who work closely with people in receipt of welfare benefits are also being affected by the changes, with local authorities and housing associations in particular facing considerable challenges due to welfare reform.

As the welfare reforms are beginning to be implemented, it is an important moment to assess how welfare reform is already affecting people, places and economies.  This Bulletin provides:

We conclude with some thoughts about how the underlying problems of unemployment and low wages need to be addressed in order for people to be able to lead more prosperous lives, independent of the welfare system.