B57: ‘Rights and Responsibilities’: Recent changes in employment policy 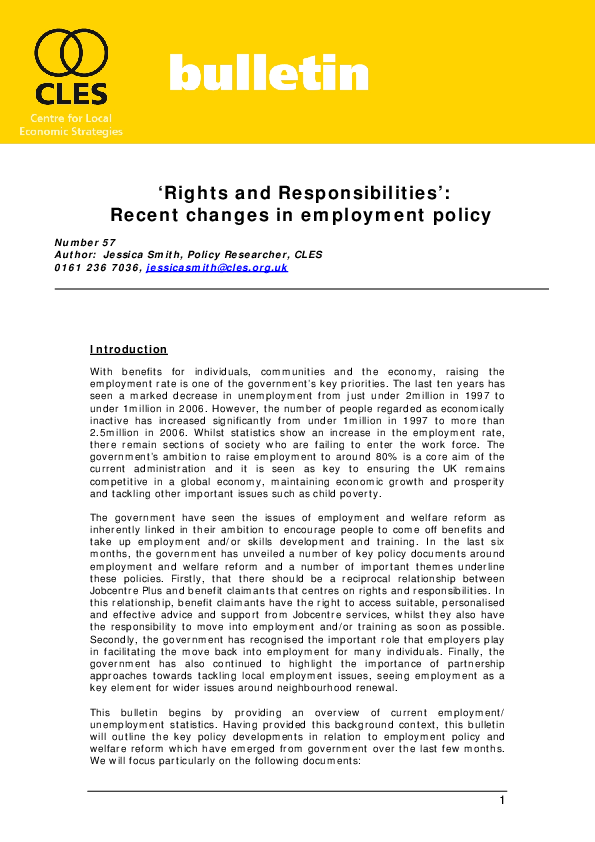 This bulletin provides an overview of current employment/ unemployment statistics. Having provided this background context, the bulletin outlines the key policy developments in relation to employment policy and welfare reform which have emerged from government over the last few months.

With benefits for individuals, communities and the economy, raising the employment rate is one of the government’s key priorities. The last ten years has seen a marked decrease in unemployment from just under 2million in 1997 to under 1million in 2006. However, the number of people regarded as economically inactive has increased significantly from under 1million in 1997 to more than 2.5million in 2006. Whilst statistics show an increase in the employment rate, there remain sections of society who are failing to enter the work force. The government’s ambition to raise employment to around 80% is a core aim of the current administration and it is seen as key to ensuring the UK remains competitive in a global economy, maintaining economic growth and prosperity and tackling other important issues such as child poverty.