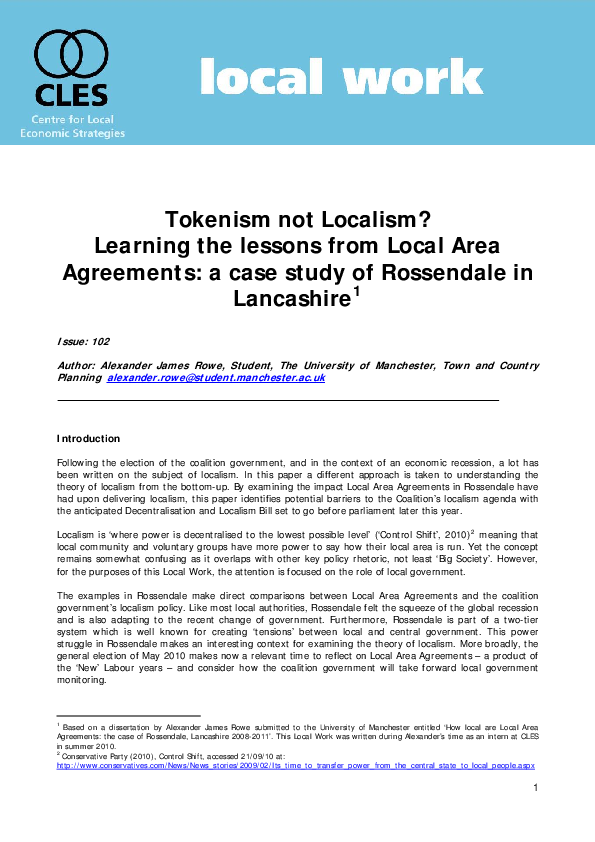 Following the election of the coalition government, and in the context of an economic recession, a lot has been written on the subject of localism. In this paper a different approach is taken to understanding the theory of localism from the bottom-up. By examining the impact Local Area Agreements in Rossendale have had upon delivering localism, this paper identifies potential barriers to the Coalition’s localism agenda with the anticipated Decentralisation and Localism Bill set to go before parliament later this year.