Welfare reform – A new deal, but is it a fair deal? 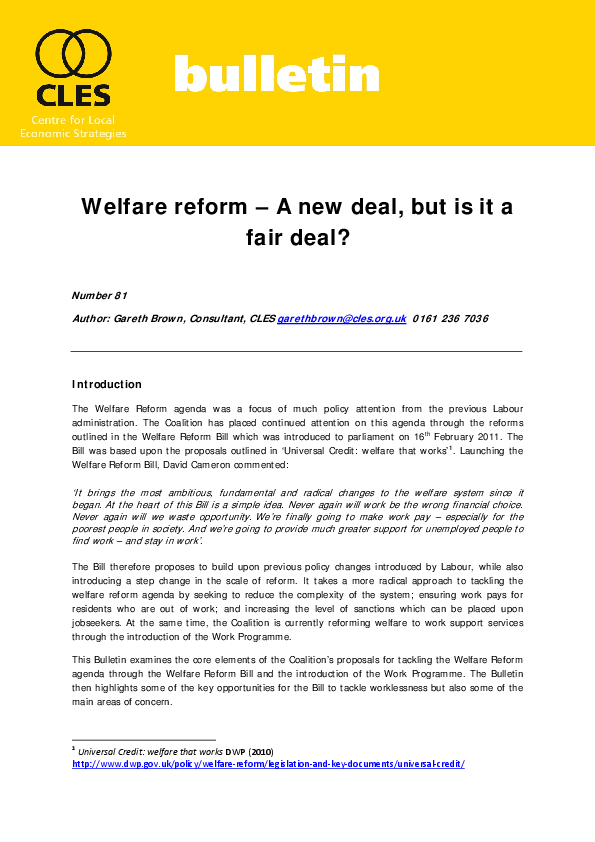 ‘It brings the most ambitious, fundamental and radical changes to the welfare system since it began. At the heart of this Bill is a simple idea. Never again will work be the wrong financial choice. Never again will we waste opportunity. We’re finally going to make work pay – especially for the poorest people in society. And we’re going to provide much greater support for unemployed people to find work – and stay in work’.

The Bill therefore proposes to build upon previous policy changes introduced by Labour, while also introducing a step change in the scale of reform. It takes a more radical approach to tackling the welfare reform agenda by seeking to reduce the complexity of the system; ensuring work pays for residents who are out of work; and increasing the level of sanctions which can be placed upon jobseekers. At the same time, the Coalition is currently reforming welfare to work support services through the introduction of the Work Programme.