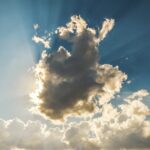 The problem isn’t a lack of solutions – it’s a lack of imagination.

In such uncertain economic times, it is perhaps little wonder that last week’s local elections left a messy set of results. They certainly don’t act as an endorsement of the government, with the Conservatives losing almost 500 seats including the vast majority of councils in London. But neither do the results represent a decisive victory for Labour, which, despite putting a brave face on things, enjoyed mixed results, particularly in the West Midlands and the north. Post-Brexit, post-pandemic and in the midst of a cost-of-living crisis, the UK’s inequalities have been exposed as never before, yet our politicians seem content to play it safe.
“we should not confuse policy inertia with a lack of ideas”
There has been a lot of talk recently about British politics being “out of ideas”. Eyebrows were certainly raised at the paucity of inspiration in this week’s Queen’s Speech. However, we should not confuse policy inertia with a lack of ideas. Every day brings yet another piece of research or analysis about the state that we’re in. There are plenty of ideas on how to make things better – what is lacking is an appetite in Whitehall to challenge the economic model and deliver change.

A new progressive economy is being built locally 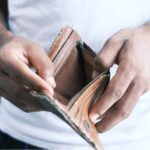 The disastrous Spring Statement demonstrated that the Treasury is still tied to its old ways, but an alternative economic strategy is emerging in regional and local authorities all over the UK

As energy, food and fuel prices continue to soar, there is mounting pressure on the Chancellor to go further than he did in the much-maligned Spring Statement to ease the increasing burdens on consumers. The Treasury’s paltry measures to relieve the biggest squeeze on household incomes in decades were met with consternation from Rishi Sunak’s critics, as substantive interventions such as a windfall tax on oil and gas firms were notably missing from his mini budget.