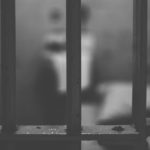 The blistering words of Peter Clarke, Chief Inspector of Prisons, about the appalling state of Birmingham Prison ring in the ears – drugs, violence, fear and filth. Accurate parallels have been drawn with the squalor of eighteenth century prisons. While many have pointed to staggering challenges facing Birmingham this is not a unique case.

Commentators have variously blamed the shortcomings of G4S, a failing policy of privatisation, a decade of unrelenting austerity (with cuts of over 40% to prison budgets) leading to systemic failures in the criminal justice system which is now on its knees. Underlying all of these is something more insidious and deeply pernicious: an abject absence of the values which should imbue public services, including human dignity, equality and allocation of resources to ensure that everyone is able to access public goods (such as security, housing, healthcare) regardless of their own, private means.