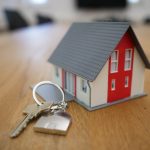 The government is more interested in headlines than housing reform.

This week’s A Fairer Private Rented Sector white paper, proposing measures to tackle unscrupulous landlords, comes hot on the heels of announcements on boosting home ownership. Last week the government said it plans to extend the Right to Buy to tenants who rent their homes from housing associations. Yet if the government truly wants to tackle the vagaries of the private rented sector, it needs to scrap Right to Buy altogether.
“40 per cent of ex-council properties are being rented through the private sector”
Right to Buy was one of the most disastrous public policy interventions of recent decades. Far from creating a generation of homeowners, it has fuelled the growth of costly and poorly regulated private rented housing, the subject of this week’s fresh wave of announcements. Recent analysis has found that 40 per cent of the two million ex-council properties sold through Right to Buy are being rented through the private sector and over a third of a million private rented homes in the north fail to meet the Decent Homes Standard. The policy has contributed to an economy that, far from growing wealth for all, creates inequality and the very suffering the government is purporting to tackle.