The rise of in-work poverty and zero hour contracts coupled with the erosion of job security mean that the reality of employment for many in the UK is increasingly precarious. This situation has been acutely felt by many in the immediate aftermath of Covid-19 and looks set to worsen considerably as the furlough scheme ends and the economic impact of the pandemic begins to take hold.

Anchor institutions – often the biggest employers in our towns and cities – can play a defining role on the prospects of local people. Their own employment and local labour market activities are a powerful tool to improve employment opportunities and workers’ rights. Just as powerful, their procurement activity, and the supply chain they enable through this, can have a transformative effect on the labour market in the places they serve.

Mary Robertson is a senior policy officer for public services at the TUC. She was formerly Head of Economic Policy for the Labour Party under Jeremy Corbyn and John McDonnell.  She is an academic specialising in housing, neoliberalism, and Marxist political economy. She was a student activist and occupier at SOAS, where she studied for her PhD. She was active with the group Student Broad Left, who campaign “against cuts, racism, imperialism and war”, and has addressed the Occupy movement on topics such as debt resistance. 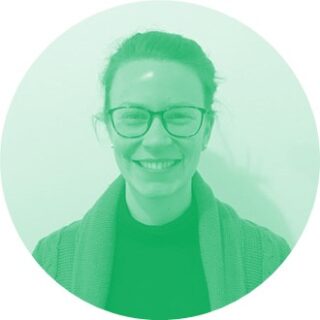 Marion joined the Women’s Budget Group to work on the Commission for a Gender-Equal Economy. She is a Trustee of Women Working Worldwide and sits on the gender and trade working group of Women in Development Europe (WIDE+). Previously, Marion worked in policy and advocacy at the Gender & Development Network and the European Women’s Lobby. She holds an MSc in Gender, Development and Globalisation from the London School of Economics.

Asima’s background is in Urban Development Planning and she is a graduate of DPU’s UDP MSc. She started her career in international development in the 1990s working and living in South Africa, Pakistan, India and FYR Macedonia. In the UK she has worked in Public Policy for last 19 years including as a Senior Policy Adviser in the Department of Communities and Local Government on community cohesion and conflict following the 2001 riots in the northern towns. In the 2000s, she worked as a Neighbourhood Renewal Adviser for DCLG assisting local authorities and Government Offices. Immediately prior to becoming a councillor, Asima worked for the Greater London Authority on London-wide economic development work.

Currently she is involved in UK and international networks promoting community wealth building and inclusive economy policies by city and municipal governments. 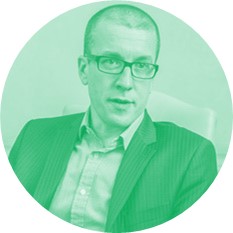 Tom Stannard is a regeneration, economic development and skills specialist.  He joined Wakefield Council as Corporate Director, Regeneration and Economic Growth in 2018.  His team at the Council has responsibility for Economic Growth and Skills; Planning, Transport and Highways; Environmental Services and Property; and Arts, Culture and Leisure, serving the District’s 335,000 residents and delivering the Council’s 2018-25 Economic Strategy, Successful Business, People, Places.

Tom was previously Director of Economy and Skills at Oldham Council in Greater Manchester, one of the ten GM local authorities.  Oldham Council serves around 230,000 residents, 5,500+ sectorally diverse businesses in a local economy with GVA of over £3BN p/a, in an area with relatively high levels of diversity and economic deprivation. Tom led a wide range of the Council’s economic regeneration programmes and services, working across Greater Manchester, and was heavily involved in the devolution/city deal agenda.