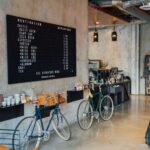 New year, new economy! As we adjust to the bright lights of 2021 the CLES team are looking forward and exploring the prospect of local economic reform as we commence the long journey to Covid-19 recovery. In this spirit we’re sharing write ups of our policy breakout sessions from November’s Community Wealth Building Summit. In the last of this blog series Rachel Bentley considers how the economy can be more broadly held through plural ownership models. 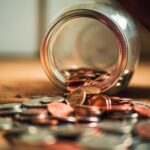 Ding dong, 2020 is nearly over and we here at CLES are thinking about hope in the darkness and the prospect of local economic reform as we commence the long journey to Covid-19 recovery. In this spirit we’re sharing write ups of our policy breakout sessions from November’s Community Wealth Building Summit. Today Amanda Stevens looks at the role of progressive procurement in supporting local employment and recirculating wealth and surplus locally.

In this interesting session there was broad agreement by the panel and delegates that a change in perceptions about procurement is needed: procurement professionals should be encouraged to think beyond bureaucratic and technical considerations and to consider procurement as a lever to address economic, social and environmental challenges.

Summit 2020: Land and assets for resilience 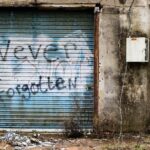 With only two days left of 2020, we here at CLES are thinking about hope in the darkness and the prospect of local economic reform as we commence the long journey to Covid-19 recovery. In this spirit we’re sharing write ups of our policy breakout sessions from November’s Community Wealth Building Summit. Following on from John and Ellie’s blogs, today Stuart MacDonald looks at how socially productive uses of land, property and assets can support post Covid-19 local economies.

How land and property assets are owned and managed is key to local economic outcomes. Concentrated land ownership, property speculation and landlord absenteeism all drive inequality. Wealth gained from land and property leaks out of local economies, contributing to a lack of resilience, as well as being incompatible with social and environmental progress. 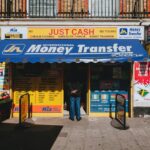 Before 2020 draws to a close, we here at CLES are thinking about hope in the darkness and the prospect of local economic reform as we commence the long journey to Covid-19 recovery. In this spirit we’re sharing write ups of our policy breakout sessions from November’s Community Wealth Building Summit. Following yesterday’s blog from John Heneghan on labour market reform, Eleanor Radcliffe reflects on the discussion on making financial power work for local places.

Finance is one of the core pillars of community wealth building, the life blood of our local businesses and crucial when considering the future of our local economies. However, the UK’s banking sector is currently orientated to global markets, not local investment and development and in recent years we have seen a stagnation of lending to local businesses and increasing disconnection from local communities. With a sector that was already not fit for purpose prior to Covid-19, the pandemic has been a reminder of how badly served our local economies are by the financial sector and has resulted in an increasing consciousness of the challenges faced by local businesses trying to operate and compete with larger firms. 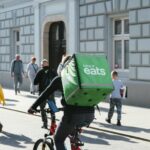 As we draw to the close of this most turbulent year, we here at CLES are thinking about hope in the darkness and the prospect of local economic reform as we commence the long journey to Covid-19 recovery. In this spirit we’re sharing write ups of our policy breakout sessions from November’s Community Wealth Building Summit. First up, John Heneghan shares his reflections on our session on the role of labour market reform. 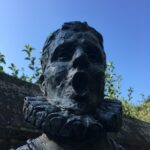 This article originally appeared in The MJ.

Green New Deals aren’t just for cash-flushed central Governments. In the last year, Lewes DC in East Sussex has been growing its own distinctive variety of green economic strategy.

With a population of around 100,000, the district of Lewes offers something of a microcosm of economic divergence in the UK today.

No shortage of problems…anchor network solutions 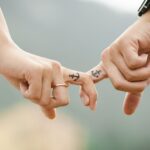 Even before the onset of the Covid-19 pandemic, the concept of a whole-place approach to community wealth building, driven by the collective will and resources of anchor institutions, was an idea whose time had very much arrived. In the coming weeks, ahead of our first webinar exploring the power and potential of anchor institution networks, Conrad Parke, Anchor Network Co-ordinator for the city of Birmingham and the UK’s first “community wealth builder in residence”, will be exploring the process of translating the principles that lie behind the approach into practice that meaningfully impacts the social, economic and environmental justice outcomes of localities.

From “why?” to “how?”
At the Community Wealth Building Summit earlier this month, and through our ongoing conversations with local governments and anchor institutions across multiple scales and sectors, we at CLES have seen the enthusiasm with which the ideas behind anchor institution networks have been greeted. This is a movement that is growing, as more and more institutions see the value of collectively working to ensure that their joined-up approaches to spending, employment and the use of their assets can affect the social determinants of health and wellbeing. Amidst that enthusiasm, now is the time to move the discussion on – from the “why” to the “how”.
Opening up the conversation
As the “man on the ground” in Birmingham, Conrad has been embedded in the practice of the anchor network there and in the emerging network in neighbouring Sandwell for nearly 12 months and is keen to share, not only the lessons learned and his reflections on how these can be applied in other places, but also to open up a conversation with other places on their experiences. “This is a new area” he said, “we can see that people have bought into the idea, that they really see the value that anchor networks can create. But what people really want to know is what that means in their place. I hope I can share some insights into how the theory actually translates into action but I want to hear from other people too – what’s worked for you? What hasn’t? And why? I want to open up a conversation that can help us all push forward the anchor network model so that it has the opportunity to improve the lives of more people in more communities.”
Close neighbours, different approaches
Reflecting on his experience working with Birmingham and Sandwell, and the discussion he hosted at the Community Wealth Building Summit, Conrad was keen to emphasise the important lessons he’d learned by exploring the differences between the two places which, while being geographic neighbours, have had very different approaches to developing their anchor institution networks.

Putting place at the heart of a green recovery 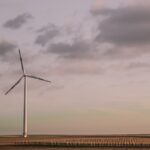 With fresh discussion this week about the importance of a green recovery, it is increasingly clear that post-Covid rebuilding must have a just transition away from a carbon-based economy at its core. The government have promised £350 million to fuel a green recovery, and Labour have challenged them to go further and support up to 400,000 clean, green jobs, amongst other policies which could enable a green recovery.

While the shape of a green recovery is debated in central government, we know that to tackle the economic and environmental challenges we face (and which have been thrown into the light through the pandemic) it will be crucial to take an approach to economic recovery which recognises the importance of place. Our paper, A Green Recovery for Local Economies, released in July this year, articulates many opportunities for an approach to recovery which builds community wealth and places climate at the heart of how we “build back better”.
“a key, green opportunity for localities”
One area of potential is community energy – the delivery of community-led renewable energy, energy demand reduction and energy supply projects. These tools represent a key, green opportunity for localities to democratise their local economies, wield the power of anchor institutions and build community wealth. Community energy projects can be wholly owned and/or controlled by communities, or in partnership with commercial or public sector partners, thus placing communities at the centre of energy systems, creating accountability, participatory governance and democratising the benefits of carbon transition, alongside enabling the further decentralisation of the energy system. 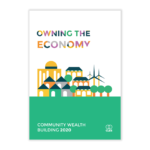 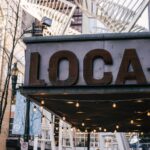 This article was originally published by LGiU

Economic recovery from Covid-19 looks set to be a long and painful process. Beset by business failure, huge levels of unemployment and social hardship, it will take government action on a scale unprecedented in modern times to safeguard the wellbeing of millions and drive the transformation required to build back better.

The public health crisis has seen an amazing response from communities, with energy and imagination that comes from solidarity, empathy and a genuine belief in the power of working together. This power needs to be harnessed, however. With the main economic crisis unfolding at pace, we now have private equity firms waiting in the wings to snap-up distressed business assets and take an even greater ownership stake in our economy. The stakes are high and to prevent us from falling into an “Amazon recovery”, where big businesses and corporate behemoths are the only winners, we must seek to animate the power of the community within the commercial economy.

Cities for people, not shareholders 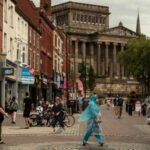 This piece originally appeared in the Guardian.

Covid-19 has caused terrible pain, but offers the chance to halt the financial juggernaut that sucks wealth from our urban centres

The pandemic is changing the way we live in cities. Many people are now working from home and spending more time in their local communities. While some smaller businesses have reported they are thriving, urban centres are struggling to survive. The benefits of this drop in commuting for carbon emissions, health and wellbeing are at odds with the financial model that has long underpinned city centre economies. It’s no surprise that the arbiters of financial capitalism have insisted that workers must return to the office. But what if instead of resisting these profound economic changes, we embraced them and built something better than the urban economy of the past? 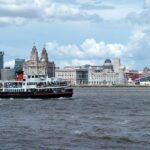