What can councils do to stand up for fair tax conduct? 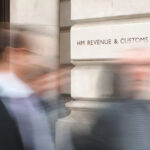 This article originally appeared in The MJ.

Tax and procurement are subjects that often top the news agenda for the wrong reasons. Tax avoidance has long been a topic of public debate with concern about the lack of a level playing field between domestic businesses and those headquartered offshore. More recently, we have seen eye-watering PPE contracts fast tracked to companies with no history of supplying medical-grade equipment, some with murky ownership structures in tax havens. However – used well – tax and procurement are key interrelated public policy levers that local governments can use to create considerable public good.

Before COVID, a staggering 17.5% of UK public procurement contracts were won by companies with a connection to a tax haven, harming our economy by extracting tax receipts as a result of profit shifting. There is no evidence to suggest this situation has improved over the past year. While many loopholes have been closed, there is still no national policy restricting public contracts to organisations that fail to pursue good tax conduct within their supply chain – either in the UK or beyond. We know the demand for change exists – two-thirds of the public say they would rather shop or work with a business that can prove it is paying its fair share of tax. Councils can and must use their powers to promote exemplary tax practice in their local areas.