Gender inequality and community wealth building: where are we now? 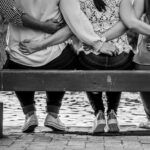 At CLES, we host monthly communities of practice (CoPs) for three sectors – housing associations, the NHS and local government – which bring together practitioners working at a local level to share  and develop practice on advancing community wealth building. To mark International Women’s Day we themed this month’s sessions on how community wealth building can be mobilised to tackle gender inequality. Here we draw out four key themes from the discussions and pose the question, where next for gender equality in community wealth building?

Lay the foundations of social, economic and climate justice 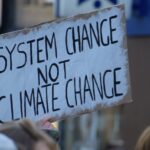 In recognition of today’s Global Climate Strike and Fridays for Future’s demand for intersectional climate justice, CLES’s Ellie Radcliffe explores the role of local authorities in the UK in delivering a future where people and planet are jointly prioritized.

Since the autumn of 2018 – when Bristol City Council became the first – no less than 319 of the UK’s local authorities have declared a climate emergency. However, while committing to tackling the climate crisis is an important step, ultimately actions speak louder than words.

Time for local economic development to muscle up 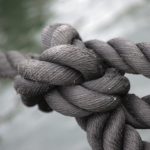 For some in the local economic development community there is talk of a post crisis “bounce back” – reflective of an idea that the economy is on a purely temporary freeze, but will eventually thaw, and whilst an unprecedented situation, we will get back to something akin to “normal”. While this may be comforting for some, it is fanciful. Instead, we are going to need a massive reset to our local economic development thinking and practice.

We are experiencing irreversible structural and societal change. Our local economies are collapsing; we were trundling along with stagnant growth even before Covid-19 arrived and now a growing recession with unprecedented levels of business failure and unemployment is heading down the tracks. The economic and social geography of the crisis is emerging, and where before we may have had to battle local economic sluggishness and poverty, we will now be fighting dereliction and destitution. 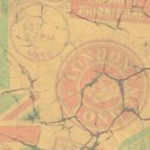 As we move towards Brexit, there are three possible paths for local economic development, says Neil McInroy.

For many years the dominant approach has failed to build a local economy for all. Brexit makes the challenge harder and we need to take a huge step up.

Under the auspices of devolution, mainstream economic development has followed traditional lines around investment in hard infrastructure, civic boosterism, city centres, planning relaxation and post-19 skills. Overall it has slotted into and complied with the Treasury economic model – favouring agglomeration economics and narrow wealth concentration. As a result, mainstream economic development has been socially failing, and presided over growing economic imbalances.