We need to remake democracy 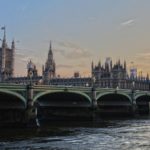 This post originally appeared on the website of  Compass – an organisation that fights for a more equal, democratic and sustainable society.

In 1934 the political historian RH Tawney said that the UK is ‘the oldest and toughest plutocracy in the world’.  Our democracy has been unjust for a very long time – too ready to doff its hat to privilege and wealth.

We have had years of scandals as regards cash for questions, the power of lobbyists, and dubious parliamentary expense claims. The recent Brexit debate and paralysis has further revealed the deep problems. Brexit has seeped into the rotten cracks of our democracy and parliamentary processes and made them chasms.  Our democracy and ‘mother of all’ parliaments is in bad shape, it has now been fully exposed:  arcane, archaic and addled.  Unable to represent properly and inchoate.  It sets the tone for our wider democracy and it is increasingly discordant.