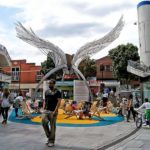 Following years of austerity, wealth extraction and an economy incapable of responding to social needs, the global New Municipalist movement is taking root here in the UK.  In a new publication, New Municipalism in London, the Centre for Local Economic Strategies (CLES) introduces this new concept and, with the London Boroughs of Islington, Hackney and Camden, shows how it is being taken forward.

Like many world cities, London is both a beacon of extravagant wealth (London is the fifth wealthiest city in the world) and grinding poverty (27% of London’s citizens live in poverty).  Huge levels of speculative investment and gentrification are pricing ordinary Londoners, communities and businesses out of their own city.  Councils reeling from austerity and cuts to vital services are now contending with hollowed out local economies, denuded services and social pain.  New Municipalism is a deep intentional fightback against this status quo.  It rejects trickle down  inclusion after growth, and recognises that service transformation and ‘more for less’ system change is inadequate.

Whatever happened to economic development? 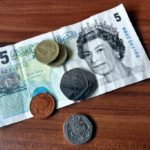 Budget day for the Centre for Local Economic Strategies (CLES) used to be one of intrigue and relative excitement. In the 2000s, the Budget was supplemented by a specific annex focused on economic development and regeneration. Indeed, the Budget was where we saw exciting new renewal initiatives announced; reviews of sub-national economic development formulated; and new duties and funding initiated. 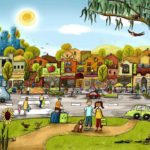 Putting the social into a progressive devolution 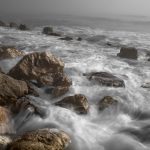 Devolution needs to get social. For too long the poor, low-paid and unemployed have been seen as a cost, with successive national policies seeking to reduce welfare budgets and cut spending on community activity. This is folly. Investing in the poor and society should be seen as investment in economic potential and productive capacity. Moving forward, this inversion of thinking and action has to be a key part of devolution.

Post-Brexit we need to build an economy for the many 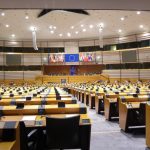 Framed by austerity, the economic reality behind many voters choosing Brexit was a future of little promise – insecure jobs, insecure public provision, insecure futures. As a result, many leave voters felt that they had little or nothing to lose. On the back of an economic recession eight years ago, insecurity and a social recession has been built.

The EU referendum has shone a light on the failure of the treasury’s local economic and devolution model. The ‘devolution revolution’ may have beguiled some, but it has passed many by. The promised ‘northern powerhouse’ was a canny brand which few saw any tangible outcome from. Indeed, I know of many economic development practitioners who felt that austerity framed devolution and its bullish treasury-backed city agglomeration ‘growth at all costs’ approach was flawed. However, they rightly got on with it, longing for it to be just a start, and something to grapple, amend and make progressive.

Inclusive growth: The next oxymoron? 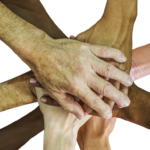 From time to time a new phrase is coined. Sometimes the new phrase articulates a new solution, at other times it reinvigorates an old one, or – more cynically – masks it. In economic development we now have the phrase ‘inclusive growth’. Does inclusive growth represent a step change or is it just a new oxymoronic phrase for the failing cycle of growth and exclusion? Maybe it’s just semantics, a new term for the toxic ‘trickle down’?

How Preston City Council is managing its finances has won praise from Labour’s shadow chancellor. John McDonnell MP said initiatives being run by the city council to drive up local spending and working with the local Chamber of Commerce were a ‘new economics’.